In a short novel of interlinked stories, The Long Wake takes us back to a small German city a quarter-century after the Third Reich. The narrator, an American expat, meets a generation of Germans still in recovery: his landlady the ever-loyal daughter of a Nazi general, his chess partner an ostracized Jew, his girlfriend an ultra-orthodox Catholic, his boss a fierce advocate of the old Prussian order.

His colleagues introduce him to others unbalanced by the war: a nymphomaniacal housewife and her sadistic husband, a Siemens executive whose nightmares of the bombings make him a danger to his family. Ranged against them are the “68ers,” those born just after the conflict who demand their elders face up to their complicity in a murderous regime.

"…A squad of infantry caught up to us on the second day out.”

“God. What did you do?  What did they do?”
‍
“They did what all Russian soldiers did when they saw young women unprotected. What all enlisted men did, at least. They pulled us down into the cellar of a bombed-out house and raped us. Threw us on our backs on the rubble and raped us. My mother in one corner and I in the other.”

Frau Schneider read the incredulity in my eyes and laughed.

“Don’t look so shocked, Professor. Routine stuff in those days. The allied soldiers were nearly as bad in France.”

“This novel reminds me of Jhumpa Lahiri’s stories, each focusing on a single individual or a family, the seven portraits together recreating a whole community. In her case, it is the world of expatriate Indians in contemporary America; in Ikeler’s case it’s a cluster of German personalities in the nineteen-seventies, each carrying a secret trauma from the war. Respectable people in their 30s, 40s, 50s wrestling with unspeakable crimes. A fascinating read.”
‍
– Renee Houle | Waterford, CT

“An amazing novel. Full of wonderful puzzles to solve. The narrator, an American expat, uncovers layer by layer, one person at a time, the damaged psyches of a post-war society. These characters could be the children of the Germans Christopher Isherwood met in pre-war days in Berlin, just beginning to understand what they and their parents had done.”

"Ikeler presents a kaleidoscope of life in a provincial German city in the 1970s. Families and individual characters are tied together by their efforts – some successful, some not – to come to terms with the Nazi past. The prose is fluid, the stories are riveting, and the revelations surprising. Several cliff hangers must wait for the final chapter to be resolved. Having been an expat in Germany myself, I can attest to the realistic picture Ikeler paints of Germans one generation after the war.”
‍
– Ellen Glew | Harpswell, Maine

"Arriving at a German university in the early 70s, American Frank Miller finds a country still reckoning with its dark past. Almost by accident, he uncovers the secrets of a dozen men and women damaged by war and remembrance. In a lovely coda, he returns to the town thirty-two years later to visit old haunts and discover the fate of those he had known."
‍
– Stan Vernon | Portland, Oregon 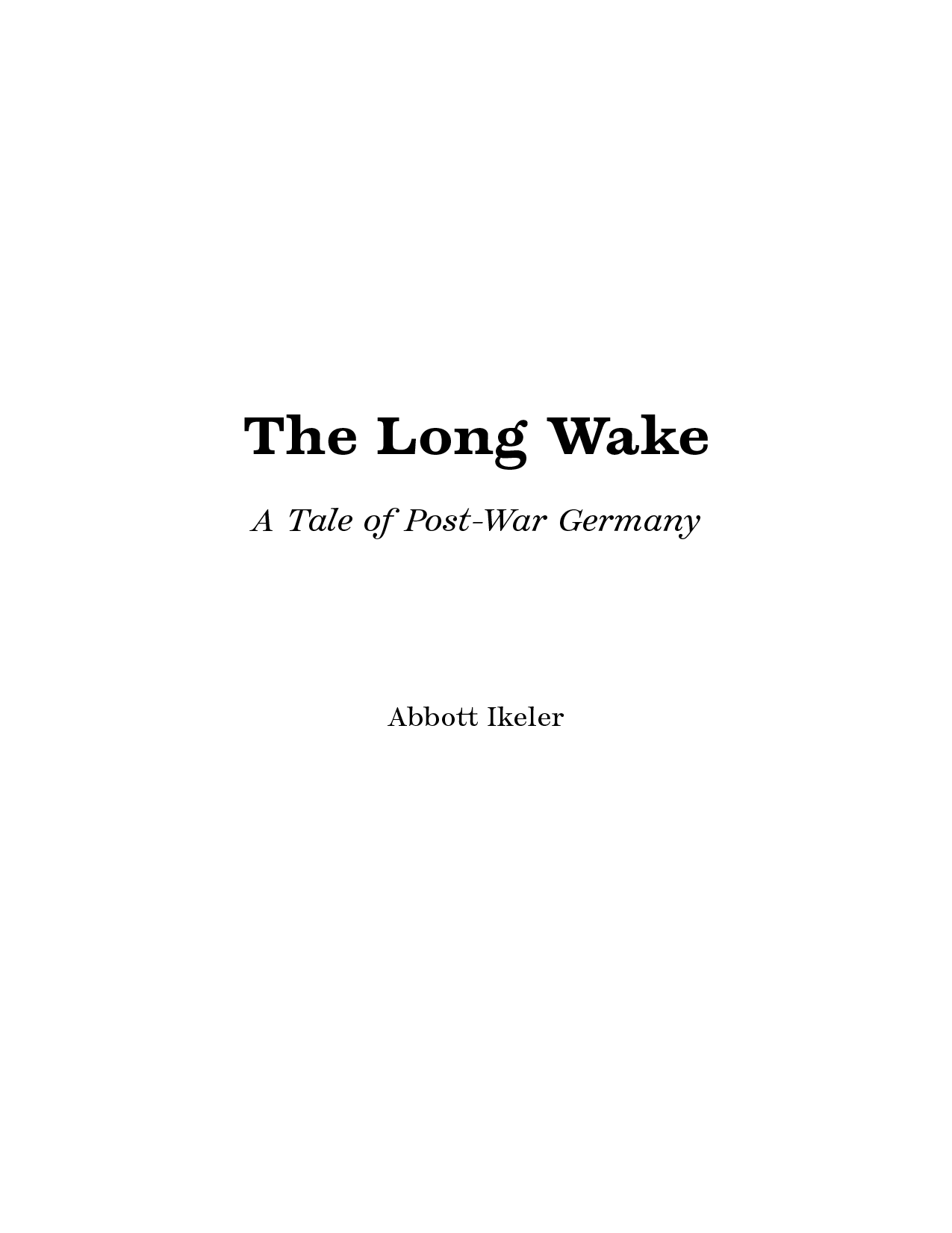 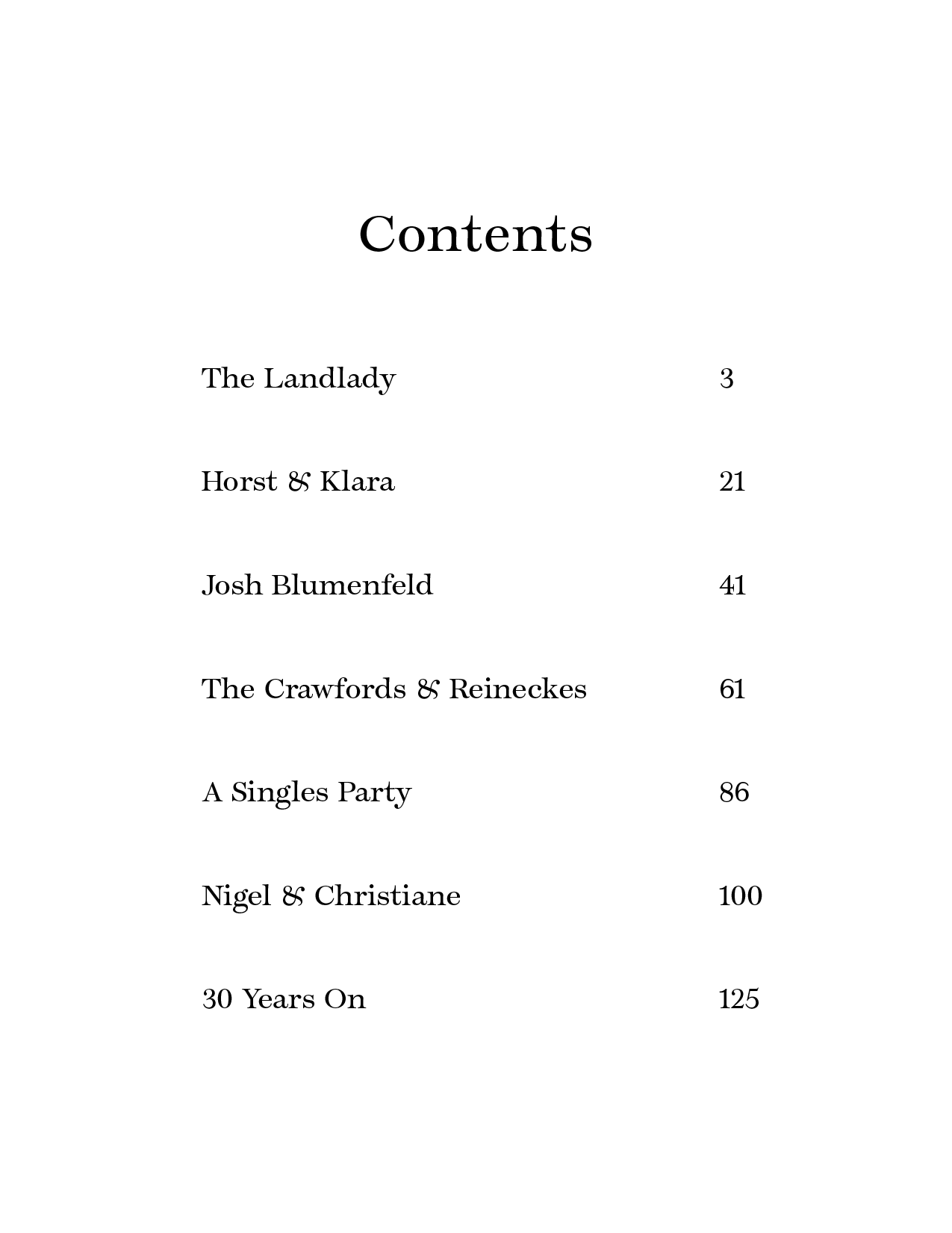 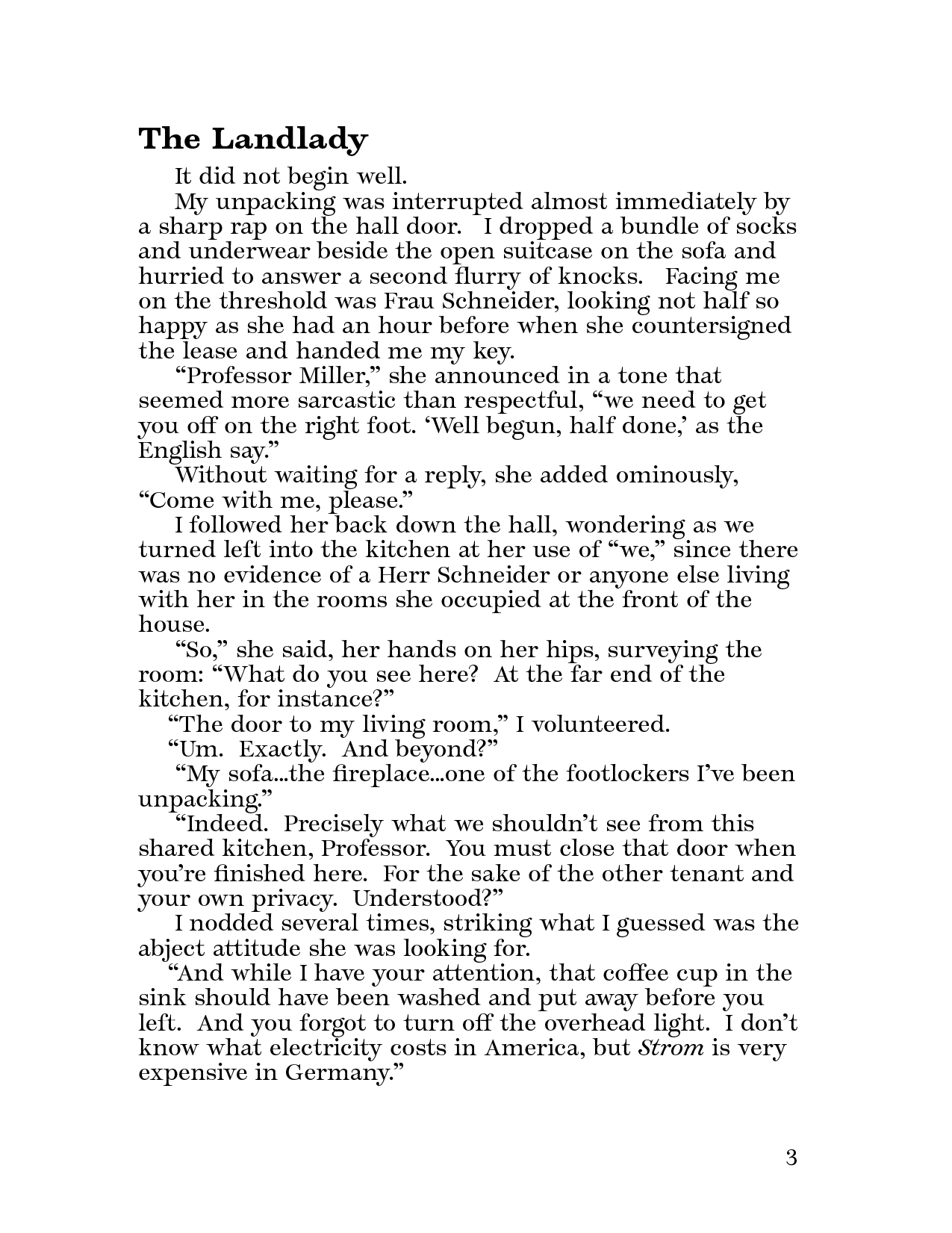 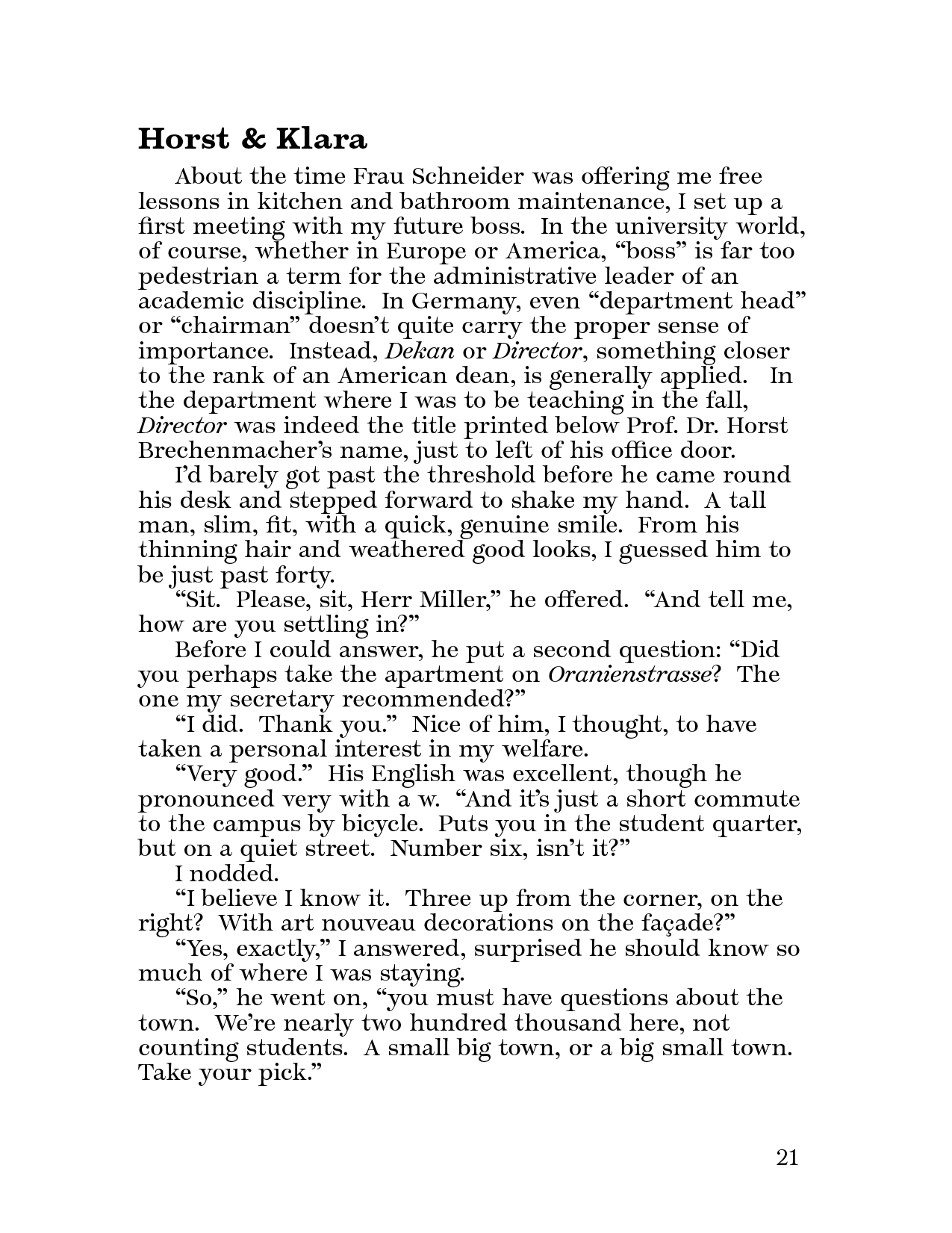 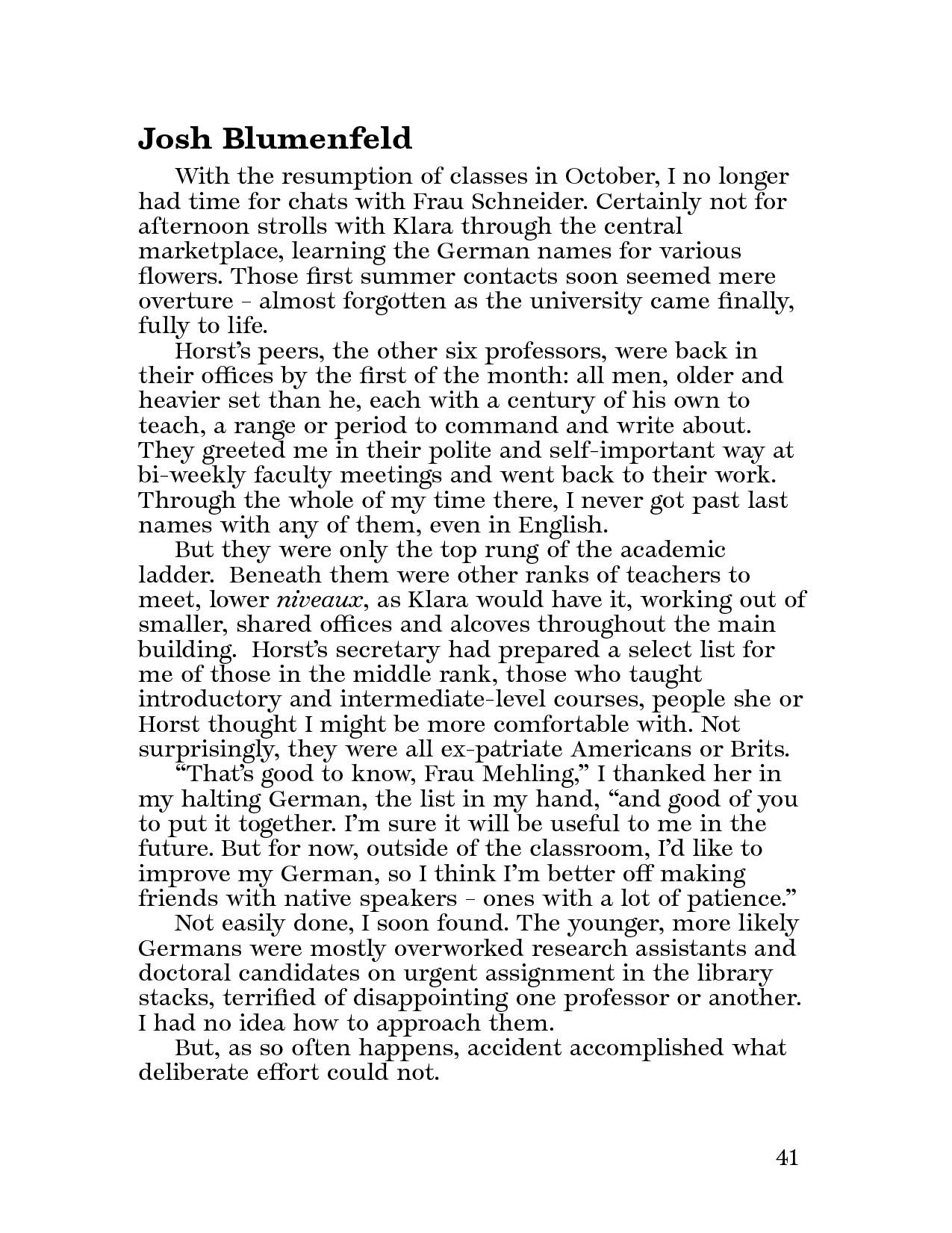 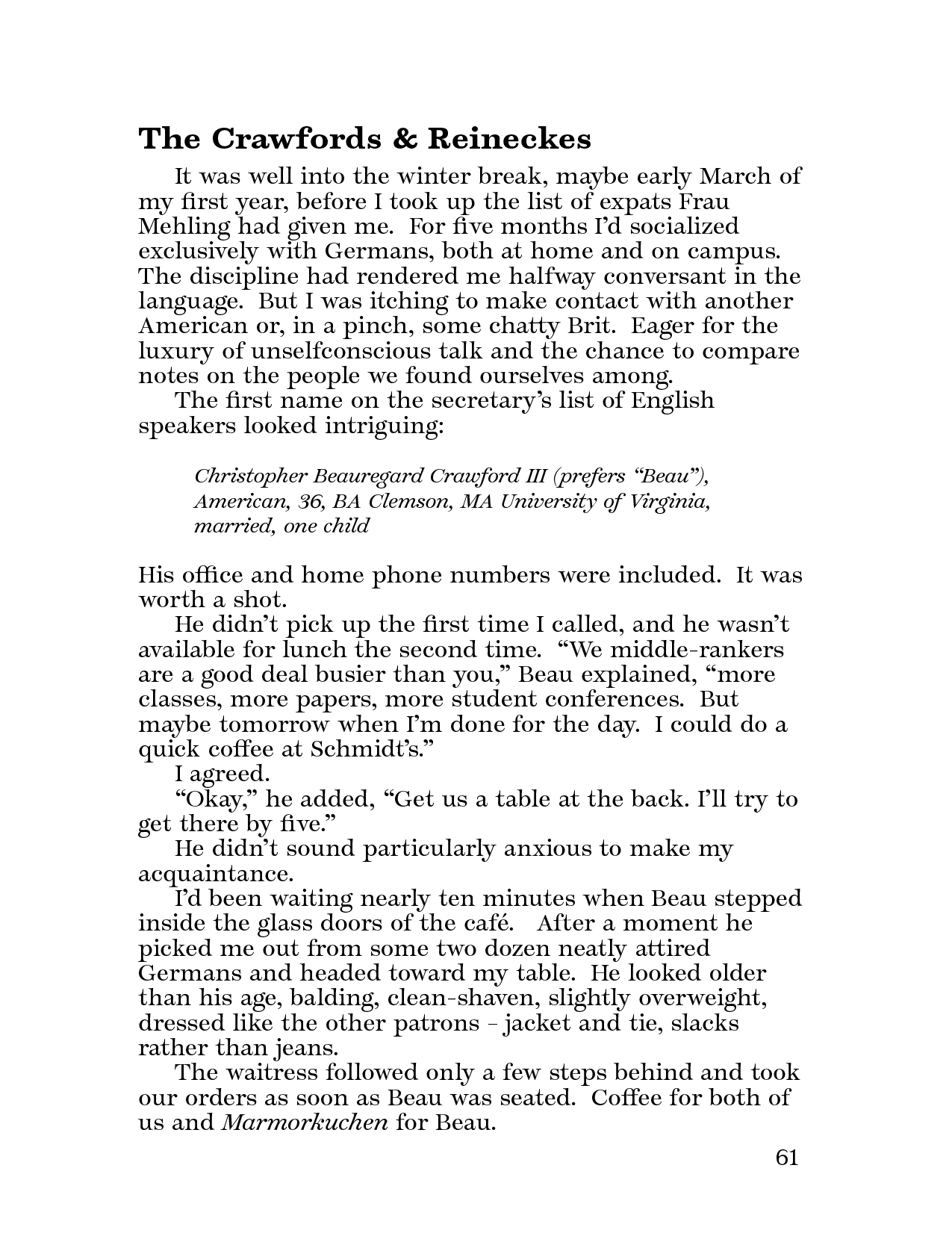 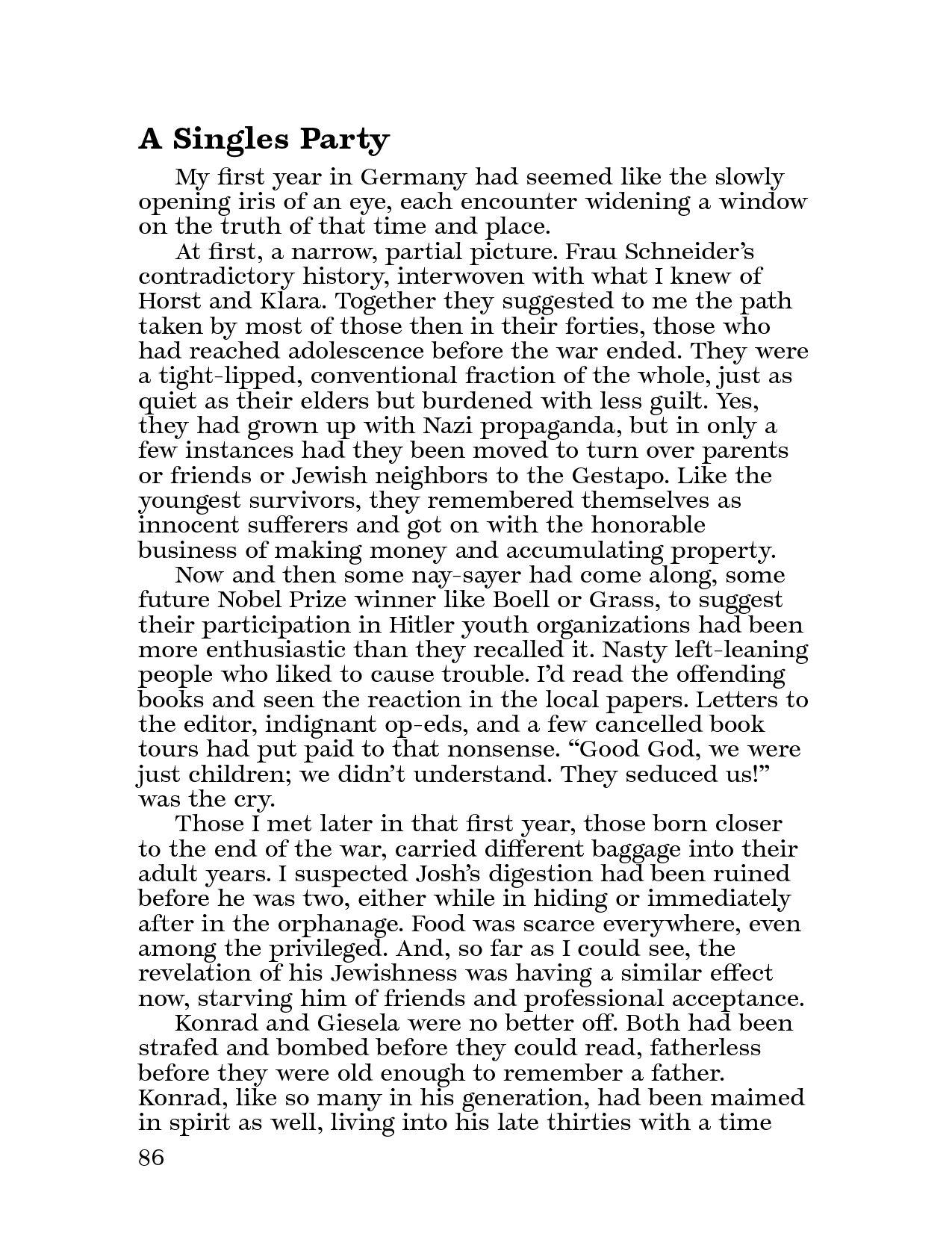 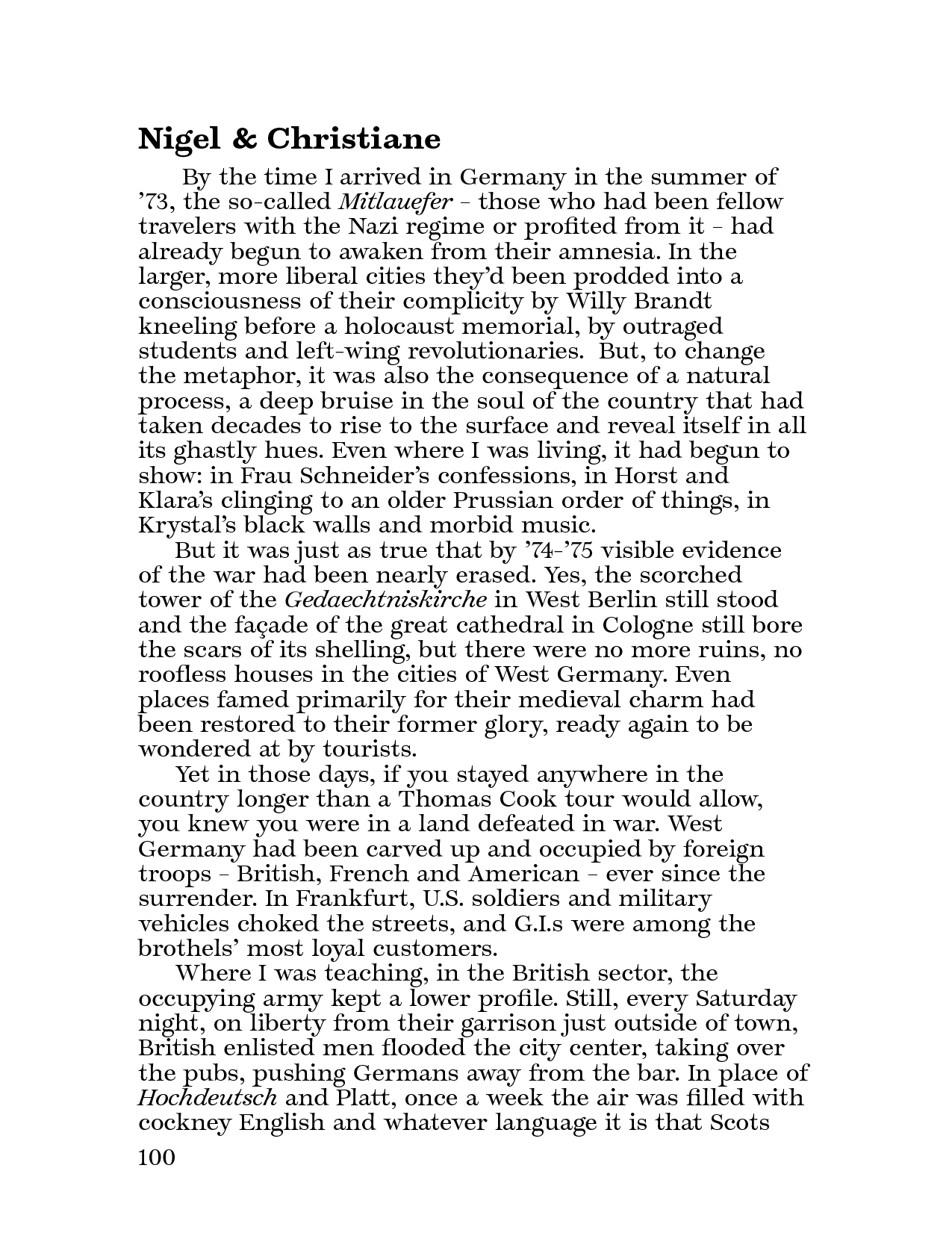 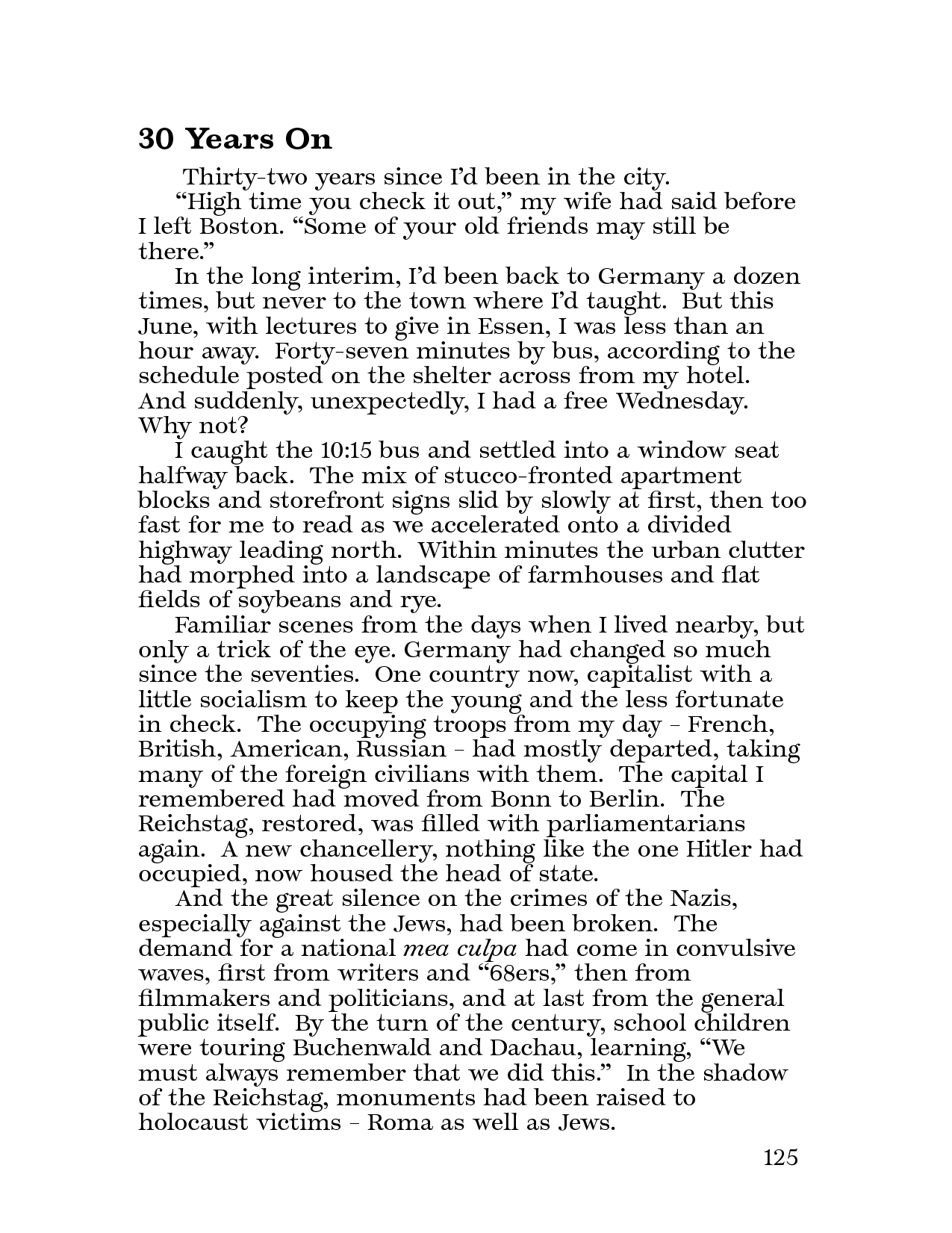