Over the years, readers who have been drawn to Carlyle by Sartor Resartus and the early essays have found no more effective antidote to their enthusiasm for his work than Latter-Day Pamphlets. Various explanations of this contrariety have been proposed.  Professor Ikeler, who begins by weighing each, ends by discarding all. Carlyle’s attitudes, he argues, were profoundly affected by – indeed inseparable from – his religious thought.

For the first time in the critical literature, Mr. Ikeler pays systematic attention to his Calvinist background, which has been so much referred to and so little explored.  In an analysis of the expressed opinions of Calvin, Knox and the chief German Romantics on the value of the aesthetic imagination, Professor Ikeler demonstrates conclusively that the apparent incongruities in his attitude toward art are but fragments of underlying and wholly coherent bodies of thought.

Chapter One:
Carlyle on Literature: Conflicting Views
‍
We make out of the quarrel with others, rhetoric, but of the quarrel with ourselves, poetry.
—W. B. Yeats‍
‍
...In Sartor Resartus, the hero's struggles are subjects for poetic rhapsody and outrageous humor; in Latter-Day Pamphlets, Peel's problems in­spire only tedious invective. In 1831, Carlyle's landscape is fabu­lous and obscure, his style "jeanpaulian," his irony playful; in 1850, he focuses only moral heat upon the prosaic, in a voice that is remarkable for its shrillness and redundancy.

This apparent contrast of early and late Carlyle disturbed his contemporaries as much as it does the modern reader. Despite an initially poor reception in England, Sartor had circulated widely among British artists and intellectuals by the 1840s...

“1832 was a watershed year for Carlyle. It marked the death of two giants: his father who had dominated his childhood and Goethe who had dominated his adult literary life. From that year, Ikeler traces the erosion of Carlyle’s faith in aestheticism and his increasingly shrill Calvinism. In the shift away from his adopted father to his ‘true’ father, Ikeler properly asserts, lies the secret of Carlyle’s conflicted sensibility.”
‍
– J. Hawkins Miller, PhD | Carnegie Mellon University 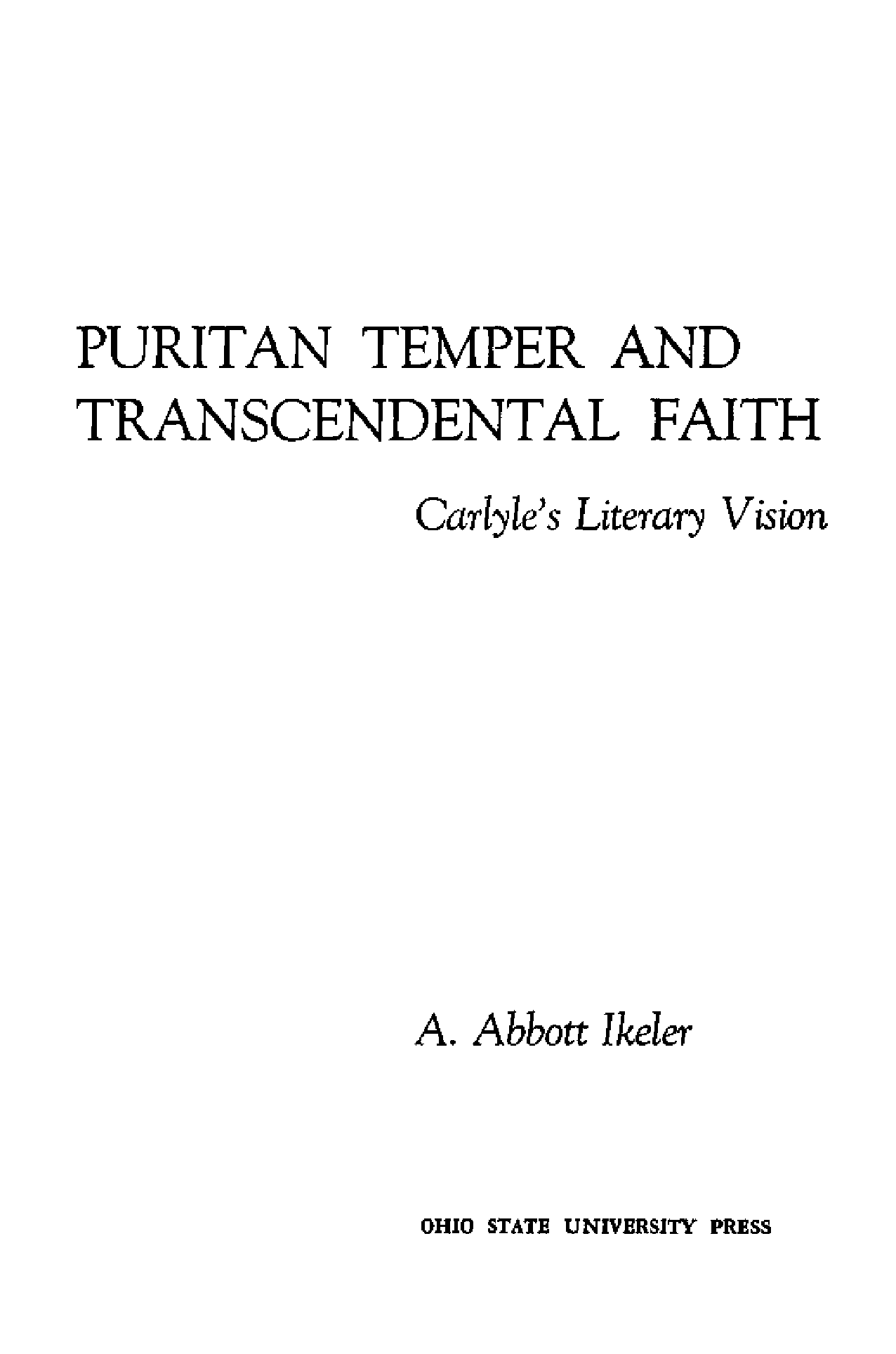 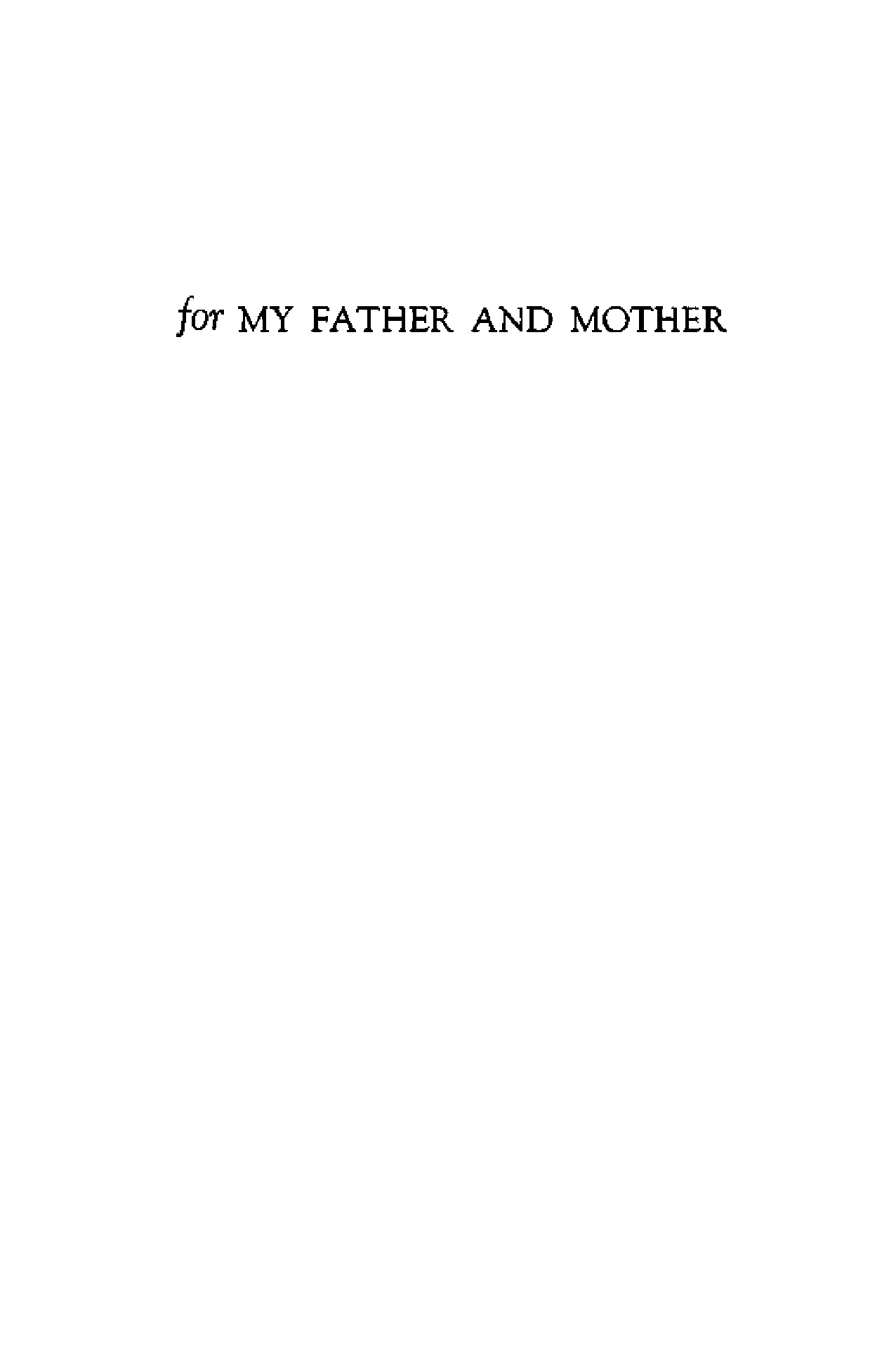 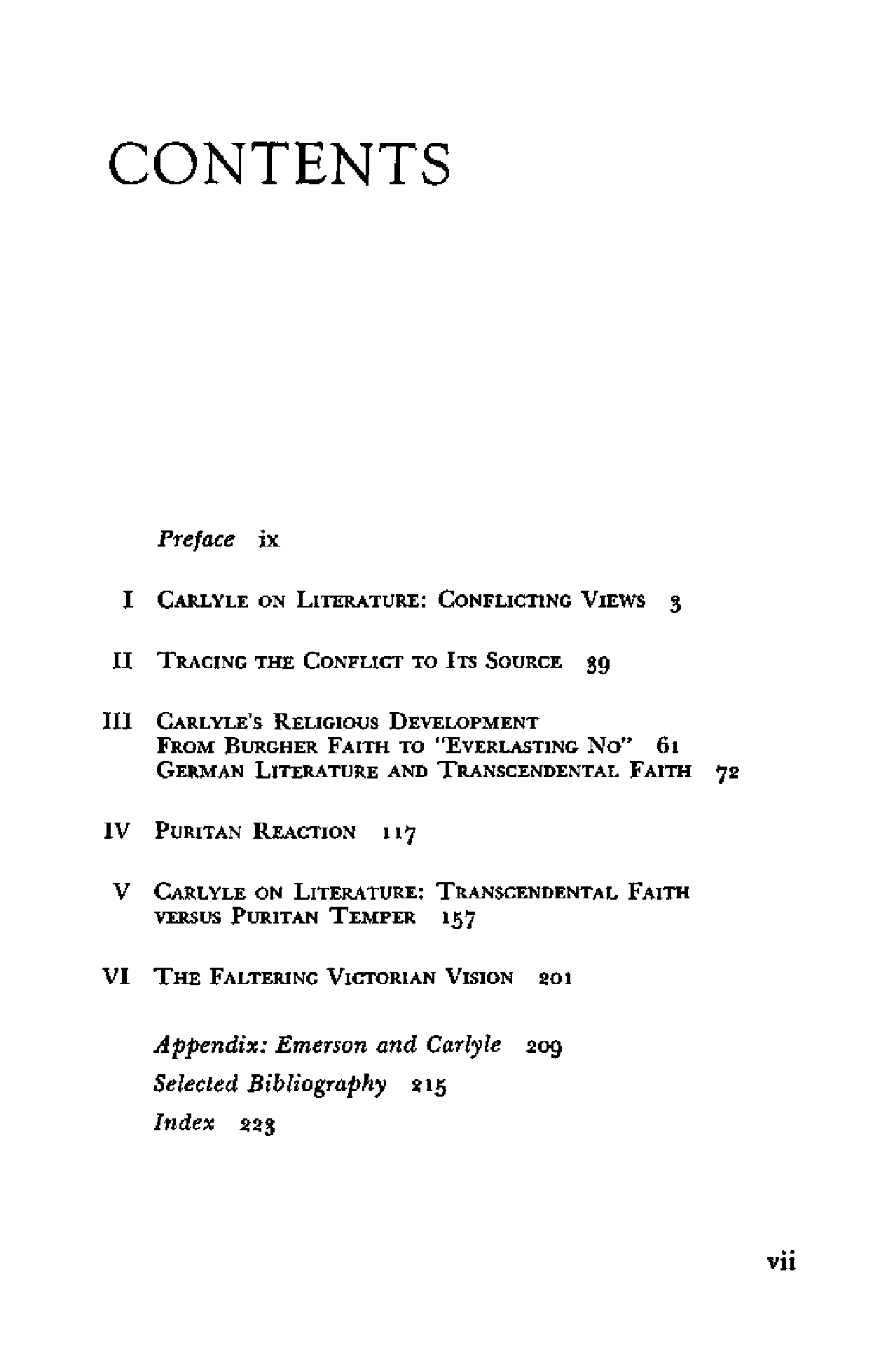 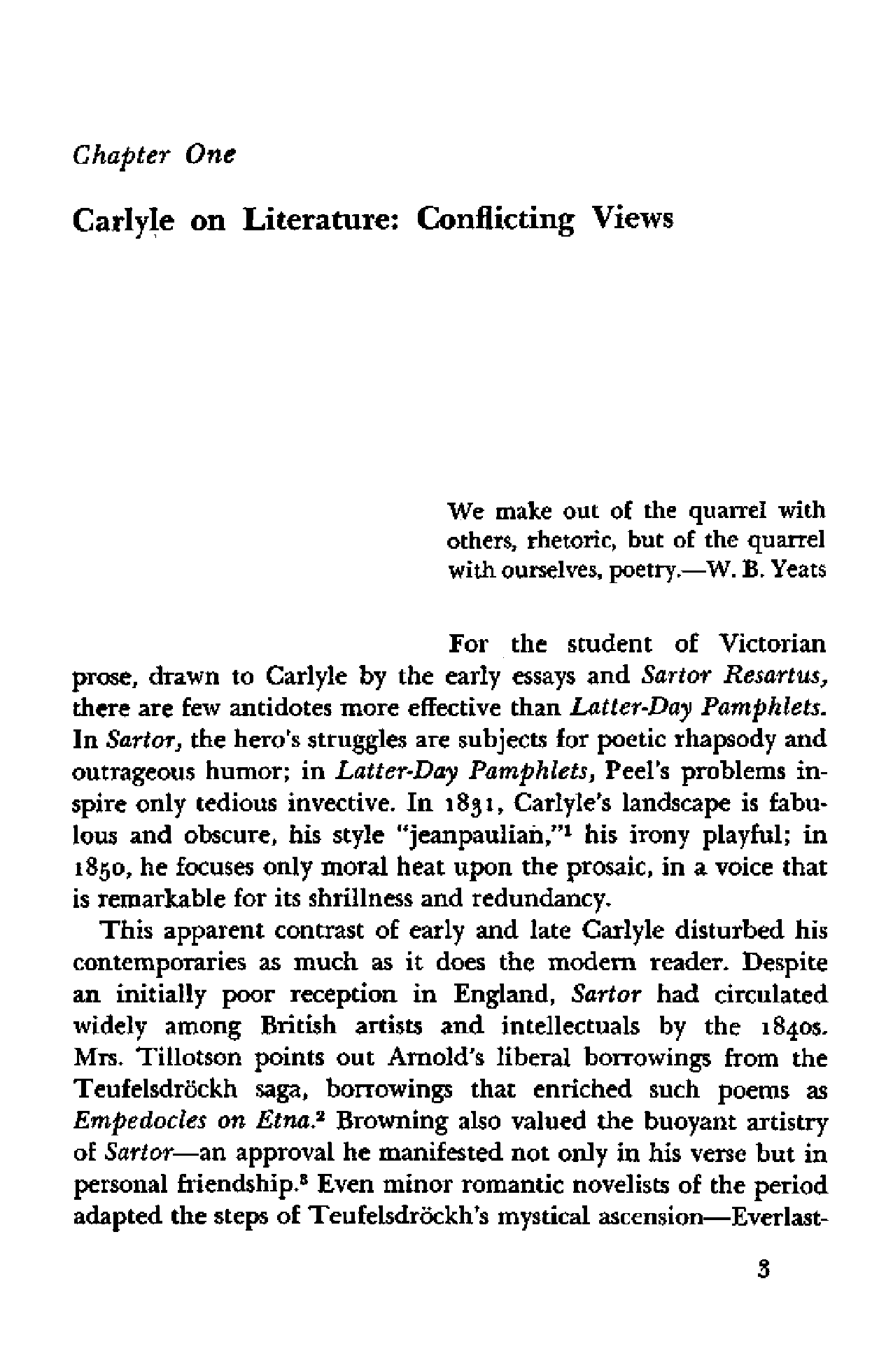 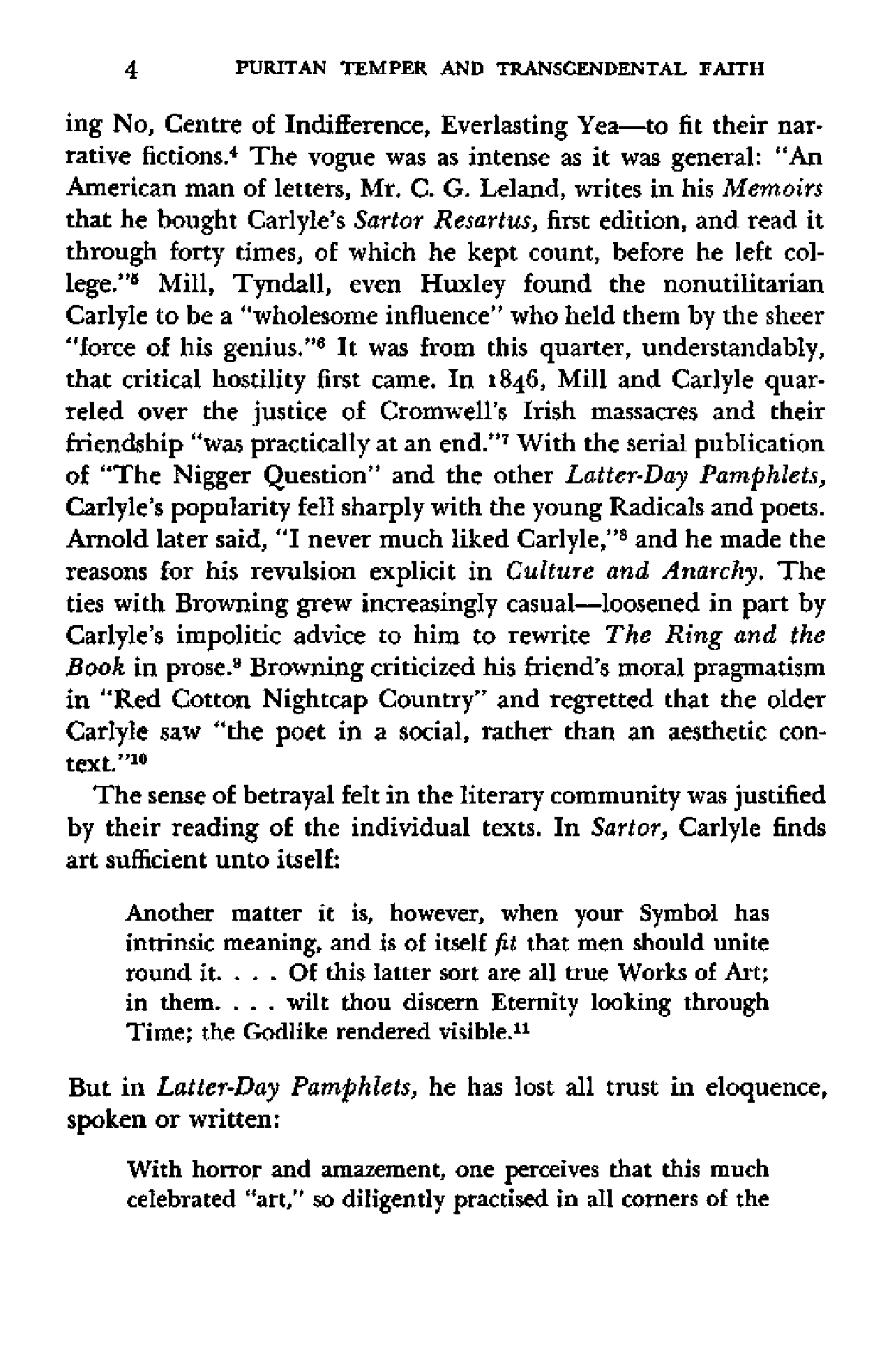