/ home
About
Works
News
Contact
About the memoiropen the memoir

Lexington, Kentucky in the Fifties. An old woman, a governess, a small boy and a strange house.

Breakfast was a difficult passage for me.
‍
Grandmother apparently believed quite fervently that unsweetened oatmeal, swimming in milk, was a particular favorite of little boys. One look at her gray-blue eyes (and her interminable aquiline nose) silenced any thoughts I had of contradiction. If porridge would not make me happy, she occasionally offered me grandfather's first choice: an egg cooked as he liked it, just three minutes. That it was raw and barely warm­­­—and that grandfather had died well before my second birthday—seemed to matter to no one in that house. On the contrary, it appeared only to inspire a fiercer adherence to his tastes. 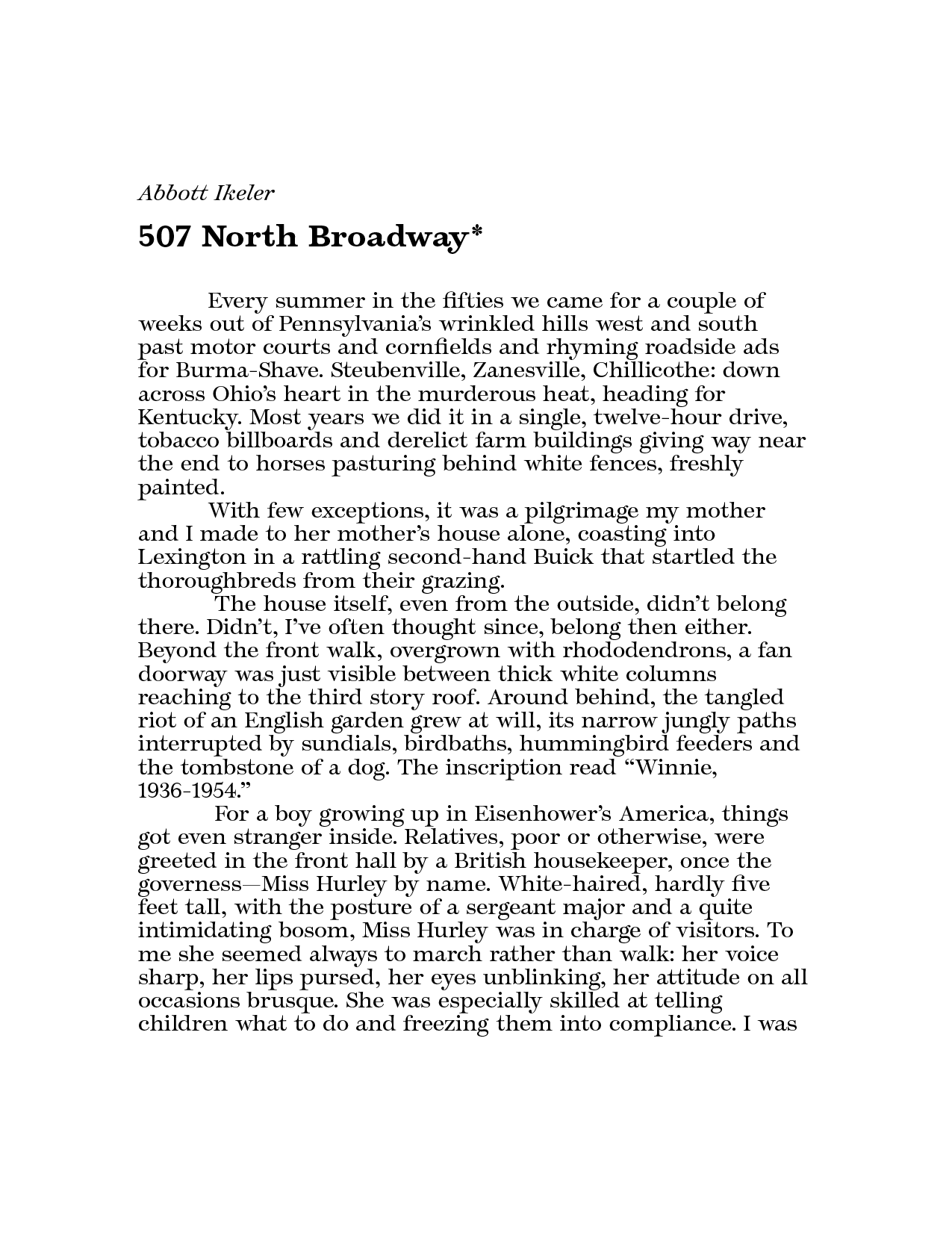 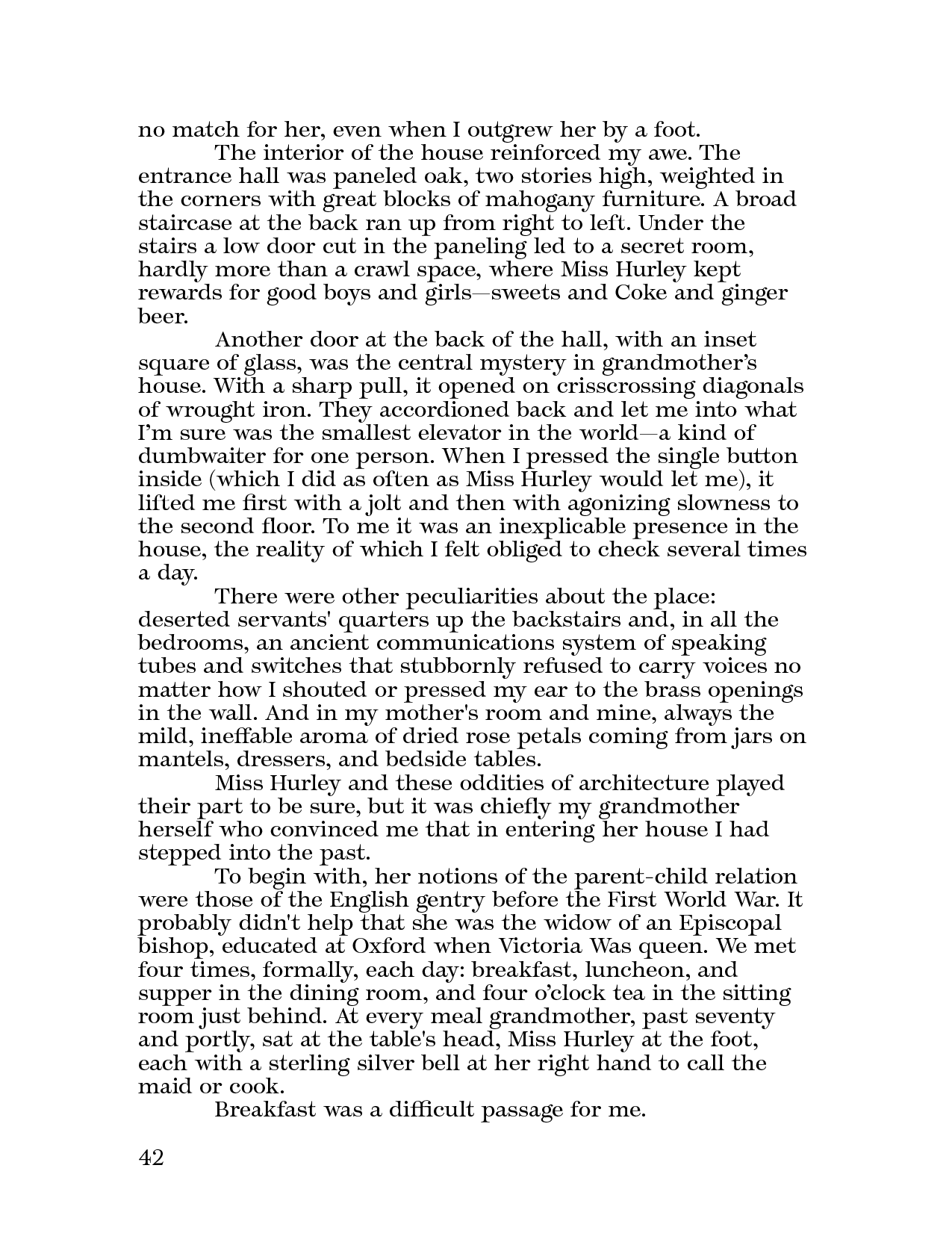 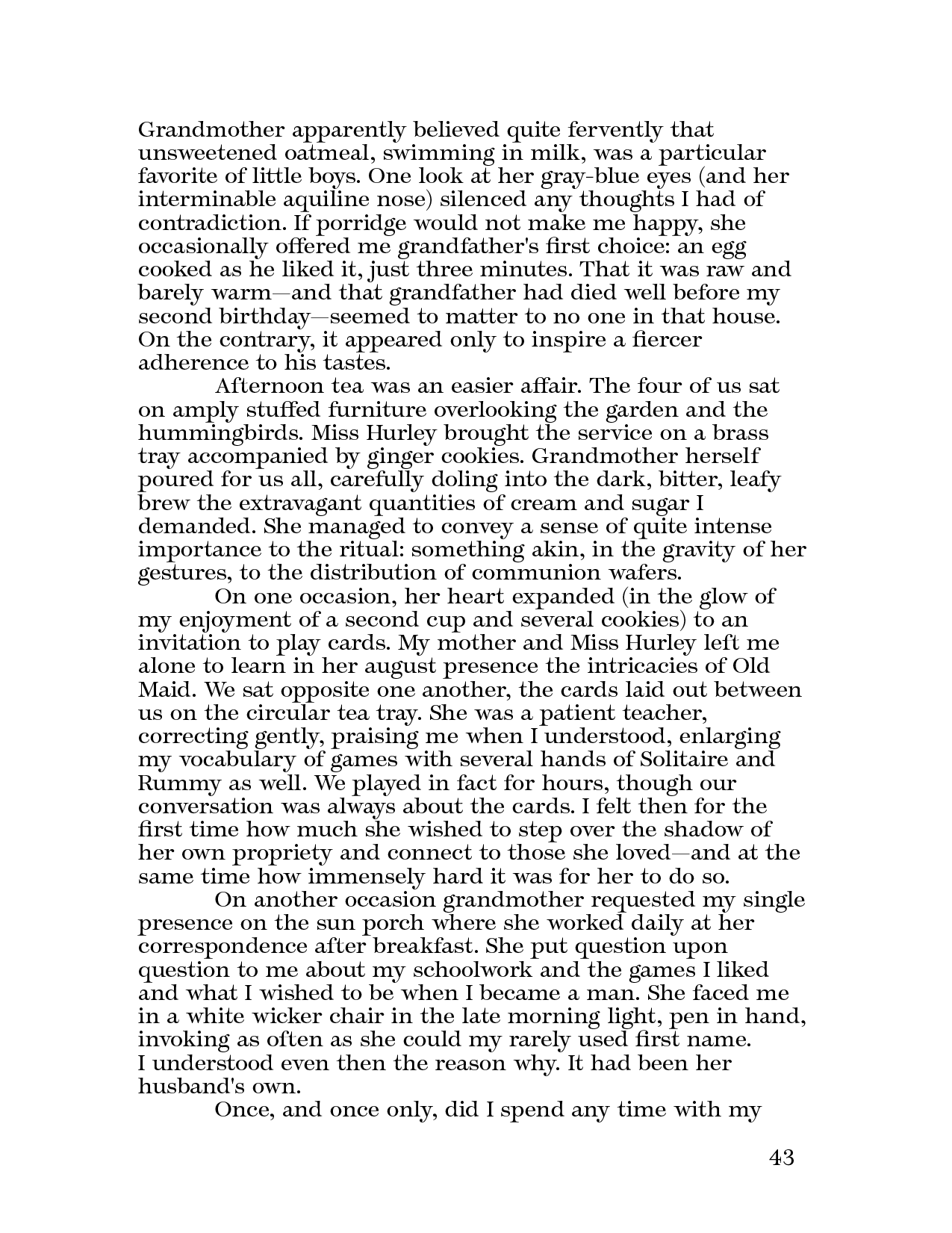 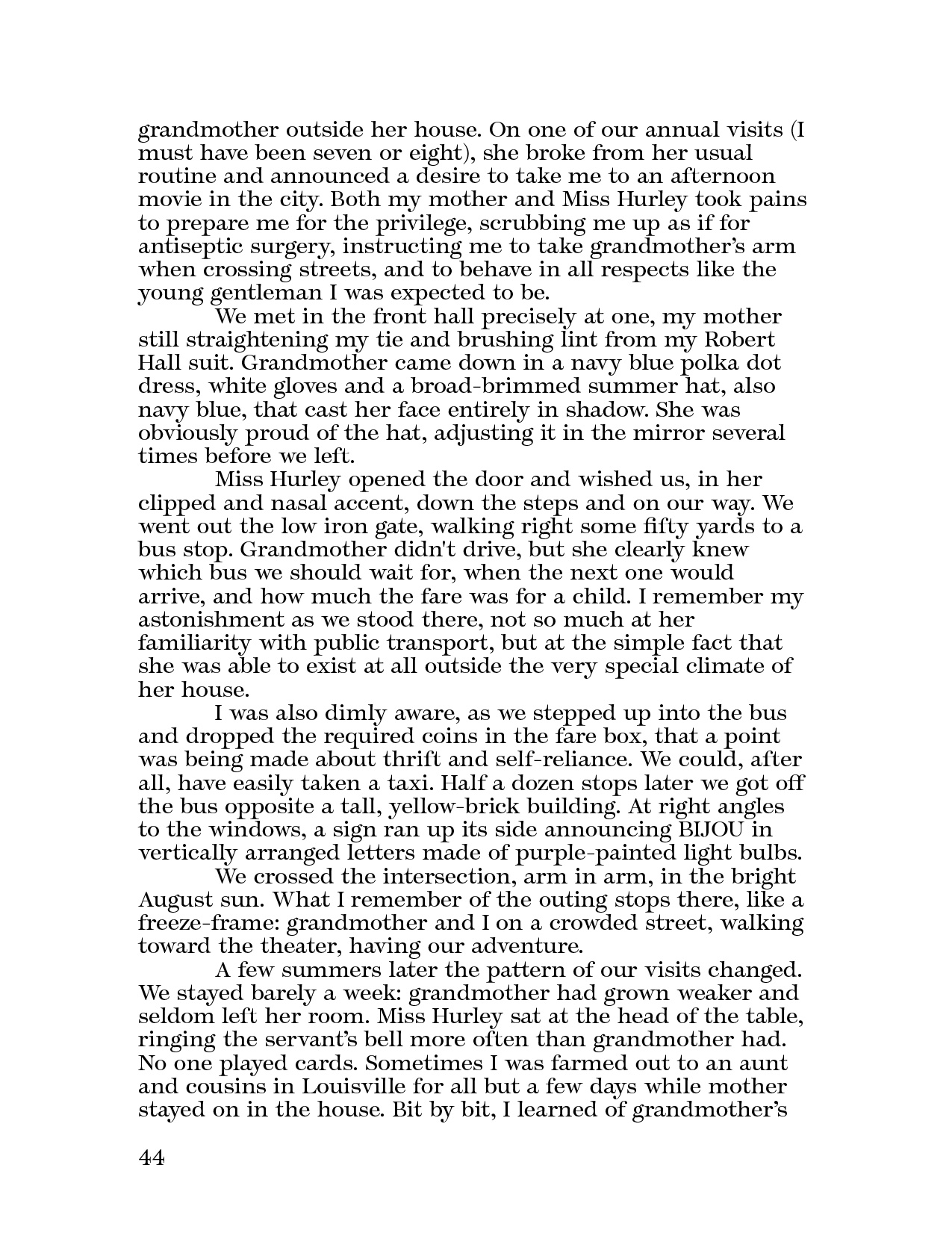 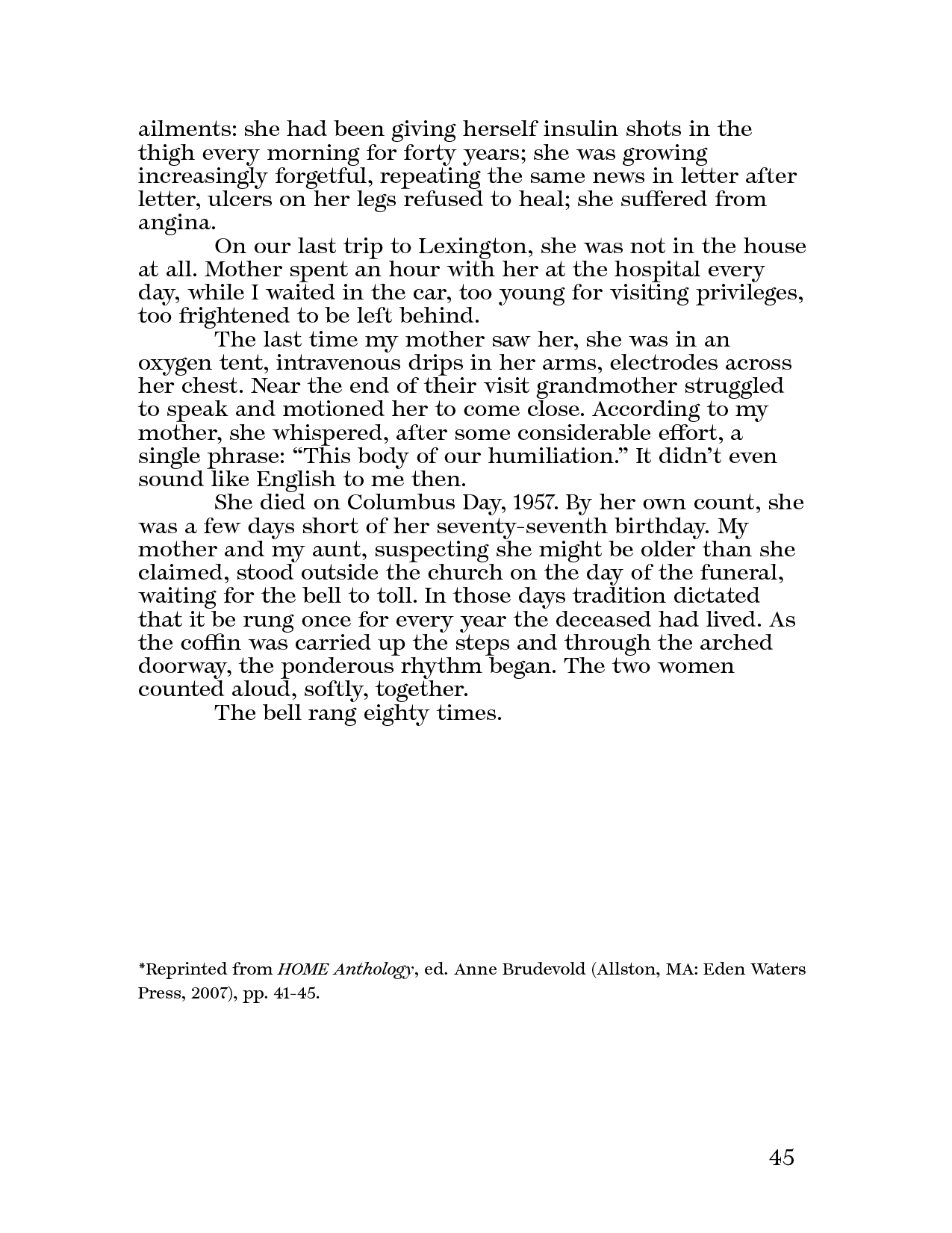 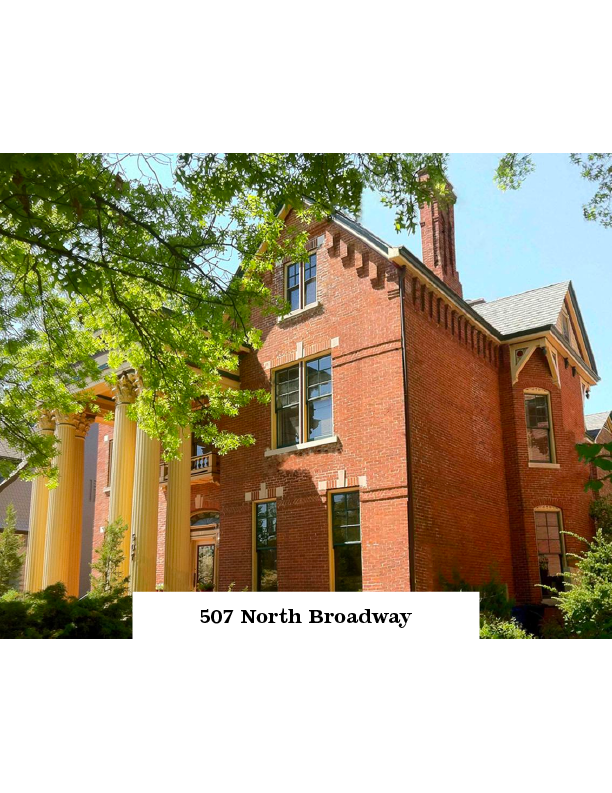